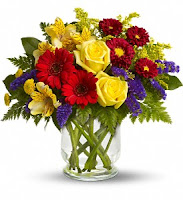 There are a lot of flowers that start blooming in April.  As the first full month of spring, that’s to be expected.  Of course, you do have to look out for those late March freezes—they can definitely put a damper on April flowers.  Even with a free, though, you’ll find plenty of seasonal flowers in bloom in April!

Some of the first April flowers to bloom are the snowdrops and crocuses.  You’ll start seeing them in early April, followed by the daffodil and some tulips.  Then there are the azaleas, especially in the southern part of the U.S.  These flowers usually appear pretty early in April.

If you live in warmer temperatures, especially in the southwest U.S., it’s possible the spring flowers are already here.  In some areas, summer flowers are already waking up in April, although the lack of rain might mean things aren’t as bright and vivid as you’d like.  There are a lot of wildflowers around, such as marigolds and Indian paint brush.

Naturally, you’ll also see many flowers associated with Easter.  Since the holiday is often in April (although it wasn’t this year), you’ll see Easter lilies, tulips, daffodils, and hyacinth blooming.  In some colder areas, these might be the only April flowers you see.

Want some beautiful April flowers in your home?  We have some great spring flowers in Springfield, OH.

Posted by Schneider's Florist at 3:04 PM No comments:

Rent a Tuxedo in Springfield Ohio